2016 is officially over. We’ve said goodbye and welcomed in a new year, full of mystique and potential, opportunity and surprise — 2017.

Looking at things from a strictly marketing perspective, 2016 was a pretty big year. Unlike previous decades where advertising technology stayed pretty standard, the 2000s have led to many different innovations, most notably mobile marketing potential.

Not only have the vehicles for marketing changed, but the marketing methods themselves have gone through some pretty drastic changes as well. To get into the bulk of the topic, let’s take a look at the four biggest marketing trends of the year according to HubSpot: 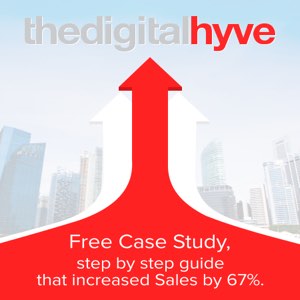 2016 Marketing In a Nutshell

If you’ve got a keen eye for patterns, you may notice that three of these marketing trends go hand in hand. The first three list items have to do with experience — in fact, experience is indeed the root word of “experiential”. Virtual reality and live video marketing strategies are all designed to heighten someone’s experience and to put them in line with the action taking place, even if they aren’t really there at all. Experiential marketing goes a step above and actually does these things, but the point still remains.

In short, 2016 was a year of trying to give the people what they wanted. Millennials in particular are becoming more desensitized to promises on paper or text — they want to see the proof in that marketing pudding with their own eyes, and NOT just via a video after the fact. Experiencing something as it’s happening is better than watching a recorded live stream uploaded to YouTube a day later.

What Does This Say about 2017 Marketing?

First, understand that 2017 marketing may not completely reinvent the wheel. We may not see any major progressions or regressions — millennials and others won’t suddenly develop a thirst for printed mailbox fliers alone in the new year. We’re speculating that the above marketing trends will grow and dominate in popularity.

The trends you saw in 2016 were largely experimental. Take Pokemon Go for example. While technically a video game aimed at a younger crowd, the app blew up into a worldwide phenomenon and became the first truly successful and mainstream augmented reality (AR) game out there. Not only did it do well in the public sphere, it also earned app creator Nintendo a pretty penny, making $10 million a day in new revenue during its highest point in popularity.

While video game aficionados and die hard Pokemon fans could have told you the game would do well, no one truly predicted the global presence it would have. It was an experiment in mobile and mass appeal simultaneously, and both hypotheses proved to be pretty correct — it could do well and it did do well.

You’ll see more companies trying to recreate this extreme success. Some will fail, others will succeed. Nintendo itself has already tried to recapitalize on the mobile market in the latter half of 2016 with another mobile game, Super Mario Run to mixed reviews.

Another similarity you may notice with the top three 2016 marketing trends is massive visualization. The experiences created, whether in front of your real face or your virtual one, are all intended to be sensory perceptive. You see things and you hear things as part of the marketing experience. 2017 marketing trends will mimic this in that video, images and sound will play a big part in creating marketing experiences. Consumers don’t want just words anymore, and that will certainly be a standard in 2017.

Finally, marketing will need to be performed in it’s smallest forms. With the Internet fast and easily accessible everywhere we turn, our attention spans have grown to mimic it. Essentially, we want what we want exactly when we want it. We see something and immediately react to it with little to no thought. Marketing strategies will have to mimic this behavior and get the point across quickly.

Will our predictions and reasonings hold up? Bookmark this article and revisit it come December 2017. We bet we’ll be right on the money.

Looking for more marketing ideas as we begin the new year? Feel free to contact us! We’re here to help.