A new year is approaching, which means it’s time to start thinking about 2017 marketing analytics. Proactive entrepreneurs started doing this months ago – but hey, there’s nothing wrong with being a procrastinator. There’s still time to figure out what adjustments you need to make and skills you’re going to brush up on in the coming month before the calendar rolls over.

If we have one big recommendation it’s that entrepreneurs make it a New Year’s resolution to learn more about Google and their algorithms for their search engine. SEO is something most of you are all familiar with, but the Google algorithm is so much more than that. Do you need to know enough about it to earn a PhD? No – but it would be better for all business owners and entrepreneurs if they knew a little bit more about this important aspect of the Internet than they already do.

See, the algorithm isn’t there to act as a shadowy figure patrolling the Internet. It’s not meant to punish you. The algorithm can be either or both of these things, but only if you work against the grain and not with it. When you know more about the algorithm, you know how to use it to make your business better. 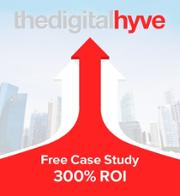 The Importance of the Algorithm

If you’re older than 25 maybe, you remember the old cataloging systems for finding library books. A card catalog was usually a large system of drawers that librarians used to find, locate and organize books based on further specifications, like an alphabetical organization system or the Dewey Decimal system. If this is Greek to you, Wikipedia it.

Now consider this: all of those thousands of cards are spilled into a pile before you – all mixed up and randomized in a heap. There’s no system of drawers or concrete organization system other than what you find on each individual card.

This would be what the Internet looked like if Google’s algorithm didn’t exist. When you want to find something, Google’s algorithm works in the blink of an eye to locate exactly what you’re searching for based on your search and the website’s details. This powerful search system is something we often don’t truly think about in terms of its organizational scope.

And we’re not just talking about a few thousand cards – Google’s algorithm searches through millions and billions of internet sites faster than you can usually blink.

It’s not just about text alone, either. In 2015, Google made its Cloud Vision API publicly accessible via a demo that showed how the API ranked photos. Upload a photo to the API and it would generate a list of all relevant keywords related to that image. This HubSpot writer uploaded a photo of her dog and received keywords that were strikingly relevant: dog, mammal, puppy.

Let’s revisit the library card catalog analogy and say that a completely organized card catalog is the Google algorithm. Fast forward a few years and computers are here – why stick with the old system of cataloging when a new, electronic system has presented itself? Information formats change, and thus the methods of sifting through this information must change with it.

Similarly, Google’s algorithm actually changes up to 500 times a year and that’s just an average figure. If you ever want to keep track of Google’s SEO changes, keep this Moz page bookmarked. Most of the changes are miniscule, but sometimes they overhaul their algorithm to take into account different drastic changes the Internet fluctuates with. For instance, as mobile web device statistics grew, Google’s algorithm changed to favor site mobility to matter a lot more within the algorithm.

Which brings us to how to use their algorithm to better your business – be malleable. Google is constantly adapting, which also forces you to adapt with it. If you ever hear a tech geek complaining because they have to adjust their SEO factors to better suit Google’s algorithm changes, liken this to an old man complaining about modern pop music. Times change, things grow and people must adjust with them.

Looking for more ideas? Find out if you’re missing out on an important part of SEO marketing, and learn how to implement it into your strategy.